HISTORY OF THE ORIGIN OF THE JAPANESE LANGUAGE

It is known that the Japanese language and arabic to english translation began to form around the 3rd century BC, and before this period, the Japanese people did not have their own written language. The development of the language was facilitated by the active penetration of Chinese culture and hieroglyphs.

By the 6th century B.C. diplomatic relations between China and Japan developed quite well, which significantly influenced the Japanese language, in which quite a lot of Chinese words appeared. The consequences of this borrowing are felt in our time – in the vocabulary of the Japanese, the volume of borrowings from the Chinese language reaches 40%.

The richness of the language and the variety of dialects 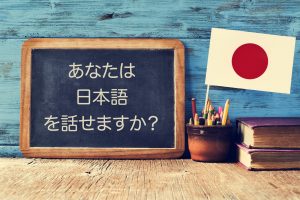 The number of dialects of the Japanese language and latin to english translation is impressive, but the main ones are seven – Hakata Ben, Oosaka Ben, Hiroshima Ben, Kyo: To Ben, Nagoya Ben, Sendai Ben, Hokkaido: Ben. Each of these dialects is spoken in different regions and prefectures of Japan.

Despite its isolation and uniqueness, the Japanese language is developing, its speakers actively use slang, omit particles, change the structure of speech, and also use borrowings from other languages ​​in everyday communication.