As you know, our world is material, but in the context of the transfer of certain monetary units, the interest of translation theorists is caused exclusively by non-material factors.

The monetary unit is so clos 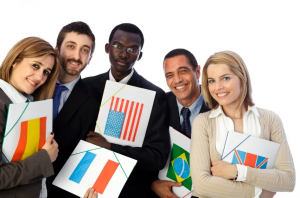 ely connected with its country that it is its kind of symbol, and at the same time it is one of the urgent and at the same time interesting problems that the translator faces.
At the same time, realities-money can be “individual”, that is, associated with one specific country – zloty (Poland), drachma (Greece) – and “identical”, that is, requiring a certain clarification – the dollar (the main currency of 31 countries).
As a rule, realities are transcribed during translation. However, a number of specific factors point to exceptions.
So, in most languages, there are traditional forms for the name of foreign monetary units, which often represent a translation of the existing reality. For example, English. pound: rus. pound, Bulgarian lira or pound sterling, isp. libra esterlina, it. Pfund.
In addition, two or more names of monetary units, equally transcribed in one language, may have a different spelling in the original:

for example, Russian transcriptions of currencies such as the Iranian rial, old Spanish are very close. real and riyal of Saudi Arabia.
So, when translating into Russian, for example, such names must be transcribed and an appropriate explanation given, explaining the origin of the monetary unit. There is an option when the text gives the original spelling of a particular currency, again, without fail with a footnote or explanation.
It is also necessary to take into account the fact that there is a figurative meaning of a monetary unit, when it loses its concreteness and material value (for example, a penny in the combination “a penny thing”), and then it is necessary to translate by such means that will bring to the attention of the reader semantic content without attaching , however, to the context of an unusual coloring.
If the method of selecting the appropriate substitution is unsuccessful, then translation by neutral means is possible, by means of substitution with a generic concept (“money,” or even more broadly, “a lot,” etc.).